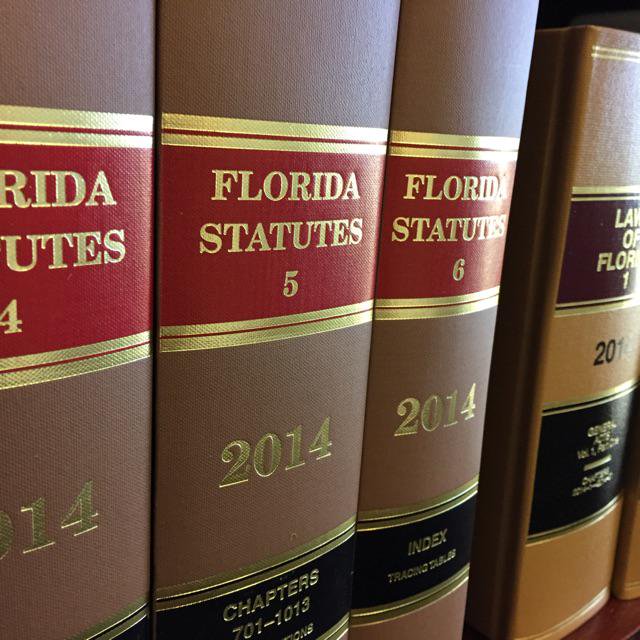 Florida Statute 627.4137 requires that an insurer provide a certified copy of the applicable policy of insurance and consequences of an insurer’s failure to comply.

The statute requires a liability insurer to produce a copy of the policy and to disclose the following information, under oath, within 30 days of a claimant’s request:

A.) The name of the insurer,

B.) The name of each insured,

C.) The limits of liability coverage,

D.) A statement of any policy or coverage defense which such insurer reasonably believes is available to such insurer at the time of filing such statement; and

Requests for this information and for a certified copy of a policy of insurance usually occurs at or near the outset of Plaintiff’s engagement of his or her attorney because, insurance coverage is a major factor in how a Plaintiff pursues the case or if a case can be pursued at all. Although insurers are required to provide a certified policy of insurance – many do not or do not timely provide it. Many laypeople or insureds are surprised at the length of the actual policy of insurance and often there are disputes about endorsements that may never have been provided or discussed with a policyholder. Exclusions that the policy holder may not be aware of may sometimes “show up” or “disappear”. Pursuant to this statute, policies and endorsements that must be provided shall be certified.

While the requirements are clear, violation by an insurer of those requirements are not and a dispute often arises about what are the consequences of failing to comply. The statute does not appear to have a private right of action. See Lucente v. State Farm Mut. Auto. Ins. Co., 591 So.2d 1126, 1127-28 (4th DCA 1992)(stating there is no implicit third party right of action against an insurer for failure to comply); Brannan v. Geico Indemnity Co., 569 Fed.Appx. 724, 728 (11th Cir. 2014)(indicating there is no first-party private cause of action).

As there is no private right of action, where are the “teeth” in the statute? Most of the decisions on the issue appear to fall within two categories:

As the Courts have held that the purpose of disclosure is to guide the parties in their handling of the case and negotiations, the failure to disclose, or to supplement as new information is obtained, means that the Plaintiff is proceeding with false or incomplete information. Thus, the statutory disclosure requirement is an essential term of the settlement. The end result is that motions to enforce settlement are denied or defenses based on a pre-suit settlement are not tenable. There was no settlement because there was not meeting of the minds. See, e.g., Cheveire v. Geisser, 783 So. 2d 1115 (Fla. 4th DCA 2001); Schlosser v. Perez, 832 So. 2d 179 (Fla. 2d DCA 2002).

2. Invalidating or striking of defenses or pleadings

The second category of cases are usually those where the carrier is sued and assert various policy defenses. The Court can invalidate or strike a policy defense as a sanction for failure to comply with § 627.4137. In United Auto. Ins. Co. v. Rousseau, 682 So. 2d 1229 (Fla. 4thDCA 1996), the carrier failed to comply with § 627.4137, and the Court affirmed a denial of the carrier’s motion for directed verdict based upon the failure of plaintiff to comply with certain policy conditions. In Figueroa v. U.S. Security Ins. Co., 664 So. 2d 1130 (Fla. 3d DCA 1995), the Court reversed summary judgment in favor of the carrier for the same reason.

There is a case where a defendant’s pleadings were stricken entirely and the case went forward on damages only. In Oceanside 932 Condominium Assoc., Inc. v. Landsouth Construction, LLC, Case No. 16-2009-CA-007958, plaintiff made a pre-suit insurance disclosure request under the statute. The defendant responded, but not completely. Shortly before trial, Plaintiff’s counsel discovered additional policies which provided coverage. As a result, the Court struck the defendant’s pleadings, entered a default judgment as to liability, and allowed a trial on damages which resulted in an excess verdict.