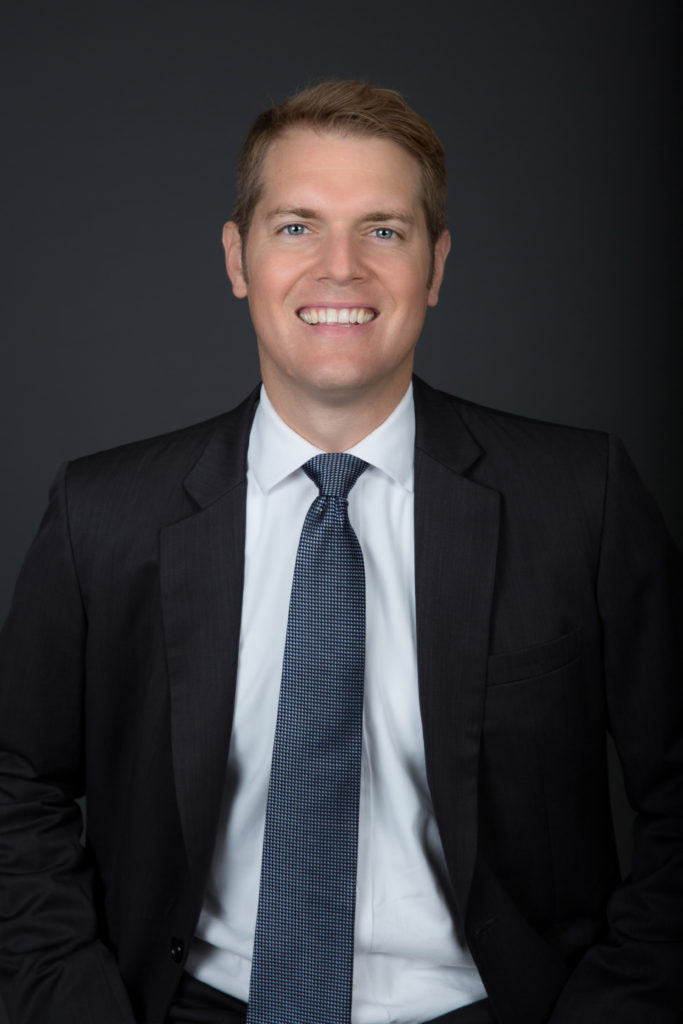 James received his Bachelor of Business Administration in Finance from the University of Texas at Austin with a minor in Accounting. Prior to moving to Miami, James had a successful career in sales, beginning with an Austin telecom start-up before moving to Hoover’s Online, one of the most successful locally-grown corporations in Austin. However, sales was not where he wanted to be, so James chose to pursue his dream to practice law and to be his family’s “cousin in Miami.” James earned his Juris Doctor from the University of Miami School of Law, graduating Magna Cum Laude. He is licensed in Florida, Texas, and Louisiana.

James has worked on thousands of insurance disputes and has been actively involved in insurance litigation in both State and Federal Courts, starting his career at Perry & Neblett, P.A. first as a clerk and then as an associate focused on defending maritime insurance claims. In addition to litigating insurance disputes, James has drafted and/or assisted with numerous coverage opinions and claim investigations. While defending a number of seawall claims and working on coverage opinions for insurers, Mr. Neblett convinced James to work for insureds and the opportunity to grow the firm’s practice representing claimants in property damage disputes, one of the fastest growing areas of practice in Florida at that time.

Since he began representing Florida’s property owners instead of insurers, James quickly became a partner at Perry & Neblett, P.A. due to his tireless work developing a firm capable of effectively representing hundreds of claimants while ensuring each client is provided with the personal attention their case deserves. He prides himself on meeting the needs of each client – representing property and vessel owners against their insurers from the outset of their claims process all the way through litigation and Trial, as well as prosecuting construction defect claims and breaches of warranty against builders.

James has argued before the Court in thousands of hearings, including numerous evidentiary hearings. His ability to apply his clients’ facts to the law has allowed him to work on eleven appeals for the firm, but he is much more than just a litigator. James has honed his oral advocacy and Trial skills to become one of the main Trial attorneys at Perry & Neblett, P.A. James has a smooth-talking Texas style and is very affable, but he fights to win cases and Trials for his clients. He has acted as first chair or second chair in ten jury Trials with Perry & Neblett, winning verdicts for his clients in each Trial that went to the jury. He uses his Texas charm to connect with judges and juries and he “politely” cross examines our adversaries and wins them over.

James is also the attorney the firm sends to speak with insurance representatives to bring them to the negotiations table, including conducting thousands of depositions of corporate representatives and adjusters. While James’ manners and polite nature may help him play the “good cop” in many settlement discussions, make no mistake – he is not nice when it comes to procuring favorable settlements for our clients.

An outdoor enthusiast, James loves to be on the water when he is not working. He can often be found kayaking with his family around the islands of Biscayne Bay, and he enjoys fishing, diving and sailing. He is an avid soccer player and fan, playing as often as possible. He also enjoys hunting in the Fall when he is home in Texas.